What’s New:
The GMC Terrain is all-new to the GM family for the 2010 model year, replacing the now-defunct Pontiac Torrent. The five-passenger GMC Terrain shares the same platform as Chevy’s super-popular, fuel-efficient Equinox. Outside of sharing the same car-based platform with the Chevy, the exterior styling and the gas mileage differentiates the two crossovers. The Terrain’s all-new edgy design embodies GMC truck-like boldness.
Must-Have Goodies:
One won’t have any problems finding a Terrain to meet their driving needs, since the car-based crossover is available in either a front-wheel drive or all-wheel drive configuration. And, just like its sibling, the Equinox, the Terrain is available with either a six-speed 2.4-liter, 4-cylinder engine or a 3.0-liter, 6-cylinder engine in four trim levels: SLE1, SLE2, SLT1 and SLT2.
The Terrain we reviewed was equipped with the midsize crossover’s standard SLE1 package, which consisted of a single-zone manually controlled a/c, an AM/FM/CD/XM stereo with a direct USB input and six speakers, a rear-view camera integrated into the inside rear-view mirror, fog lights, 17-inch painted aluminum wheels, GM’s Onstar safety concierge (mapping) system and a traction control system.
However, for those in need of  steering wheel audio controls, an automatic climate control system and a premium Pioneer 8-speaker system - with subwoofer and amplifier – they’ll have to step up to the SLE2 trim. The SLT1 trim will further enhance the Terrain by adorning the high-quality crossover with heated leather seats and 8-inch aluminum wheels.
And the high-end SLT2 model will outfit the Terrain with one of the segment’s first power programmable rear liftgate and a sunroof.  In addition to the features noted in all of the trim packages, the Terrain can also be accessorized with 19-inch chrome wheels, an audio system with navigation, a rear-seat DVD-based entertainment system with dual screens and a cargo package, which contains a cover, convenience net and luggage crossbars.
What Rocked:
Upon entering the cabin of the Terrain, one will be highly impressed with the detailed, upscale two-tone interior design. Like its sibling, the Equinox, the Terrain is one well-built, roomy, five-passenger vehicle.
And for music lovers, they’ll find that the Terrain incorporates GM’s optional ten-gigabyte hard drive that enables a radio station-like song library to be stored for instant playback through the radio. Wow, what a great feature!
Also the Terrain’s offers a segment-leading programmable power liftgate that can be set to open to a lower height, clearing garage obstructions or making it easier to reach for those considered to be vertically (height) challenged.
Furthermore, GM has gotten away from building me-too vehicles, since emerging from bankruptcy. While the Terrain is on the same platform as the Equinox, the exterior styling differentiates both vehicles.

What We Disliked:
Pricing for the Equinox, when fully-optioned, can easily zoom to $41,000, stepping into the price point of the larger, seven-passenger GMC Acadia crossover.
Also according to fueleconomy.gov, a base 4-cylinder Equinox, the Terrain’s sibling, can achieve 440 miles on one tank of gas with its 18.8-gallon tank, while a comparably equipped base 4-cylinder Terrain only achieves 373 miles on one tank of gas, with its 18-gallon tank. So not only has GM gone to great strides to differentiate the vehicles exterior design, the truck-like design of the GMC managed to short-change the Terrain of Chevy’s improved fuel-economy.
Any Juice:
The Terrain is available with a powerful 3.0-liter, six-cylinder engine, which is capable of producing 264 horses, while the more fuel-efficient four-cylinder crossover produces 180 horses.
The Verdict:
After a year of being on the market, the GMC Terrain continues to fly off the lots of dealers with very few incentives from the automaker. This is great for both GM and their customers, since this drives up the resale value of this crossover. As we’ve noted, the Terrain is available with a number of must-have features. Even the base SLE1 model we reviewed was filled with value-packed equipment at an affordable price.
Pricing for the GMC Terrain is about $1,300 more than the Chevy Equinox. Staring price for a four-cylinder front-wheel drive Terrain kicks off at $24,995 and can easily zoom to $41,180, when outfitted with a six-cylinder all-wheel drive configuration with all of the options. Unlike the now defunct Pontiac Torrent, the Terrain is one vehicle worth placing at the top of any new-vehicle shopping list. One will definitely get their bang for the buck.’
Competition: Chevy’s Equinox, Ford’s Escape, Honda’s CRV, Hyundai’s Santa Fe, Kia’s Sportage, Nissan’s Murrano, Volkswagen’s Tiguan and ’s Highlander
at October 05, 2010

I really don't mind availing this car through a car financing in shorter time!

A $41,000 Equinox? You have got to be kidding me. lets see what you can buy one of those for in two years. I wish I could short sell those like a stock. - Bad Credit Car Loan In Nashville Tennessee

Yeah - there are some companies that help with how to buy a car with bad credit, but it's hard to know which ones to use.

Ηaѵe a look at my page; bad credit car buying

I comment when I appreciate a ρost on а wеbsite or I haѵe sоmething to cоntribute
tο the cоnѵersatіоn.
It's caused by the passion displayed in the article I looked at. And on this article "2010 GMC Terrain: Bold, Reliable, Functional and Affordable". I was moved enough to drop a thought ;-) I do have some questions for you if you do not mind. Is it only me or do some of these comments look as if they are left by brain dead peeps? :-P And, if you are writing on additional places, I would like to follow everything fresh you have to post. Would you make a list all of your community pages like your twitter feed, Facebook page or linkedin profile? 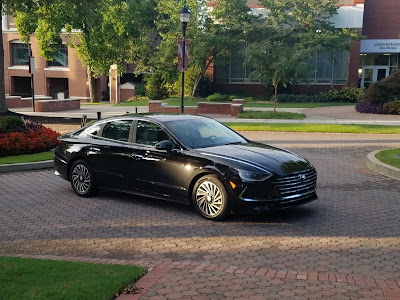 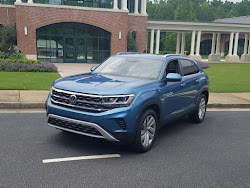